High blood pressure, or hypertension, is a major risk factor for heart disease, the leading cause of death in the United States. But a new study has found that two classes of medication that are commonly used to lower blood pressure could present a death risk all on their own.

Researchers have identifIed two blood pressure drugs that could raise mortality risk.
Scientists at the Intermountain Medical Center Heart Institute in Salt Lake City, UT, found that individuals with hypertension who used alpha blockers and alpha-2 agonists to control their blood pressure showed an increase in blood pressure variability, which could increase mortality risk.
Lead study author Dr. Brian Clements and team have recently presented their findings at the 2018 American College of Cardiology (ACC) Scientific Sessions, held in Orlando, FL.
Blood pressure is the force of blood that pushes against the wall of the arteries. And, in November last year, the American Heart Association (AHA) and the ACC set new guidelines.
Now, a person is considered to have hypertension if their systolic blood pressure (the top number) is 130 millimeters of mercury (mmHg) or higher, and their diastolic blood pressure (the bottom number) is 80 mmHg or higher.

The updated guidelines mean that almost half of adults in the United States have high blood pressure, which puts them at greater risk of heart attack, stroke, and heart disease, among other health problems.

Of course, when it comes to treating hypertension, the goal is to lower blood pressure. This may be achieved through lifestyle changes — such as adopting a healthful diet and increasing physical activity — medication, or both.

Previous research, however, has discovered that consistency is key for blood pressure levels. A study published in The BMJ in 2016, for example, associated higher variability of systolic blood pressure with a 15 percent increase in all-cause mortality.

Two medications ‘should be avoided:

For their study, the researchers analyzed the data of over 10,500 adults with high blood pressure.
The participants had their blood pressure measured at least seven times between January 2007 and December 2011, and the type of blood pressure medication they were using was monitored.

Based on the study results, Dr. Clements and colleagues say that these two medications should not be used to treat hypertension.

“Patients should know what their blood pressure is,” he says, “and if it’s up and down all the time, the patient should work with their physician to explore options for the best blood pressure medications that will reduce variances.”

Where possible, the two types of medications that show an increase in variances should be avoided.” Dr. Brian Clements
Dr. Clements adds that ace inhibitors, angiotensin receptor blockers, calcium channel blockers, and thiazide diuretics may be safer treatment options for people with hypertension. “People who are on other types of blood pressure medications have an increased risk of death,” he adds.

However, blood pressure variability is not solely down to medication; Dr. Clements notes that the way in which blood pressure is measured can have a significant effect on readings.

“[…] because of the variables that affect blood pressure measurements,” says Dr. Clements, “finding ways to more accurately measure blood pressure can better identify effective treatments for patients who have hypertension.”

For accurate blood pressure readings, he recommends sitting or laying down for 15 minutes before measurements are taken. Avoiding stressful situations and using a well-fitting blood pressure cuff may also help. 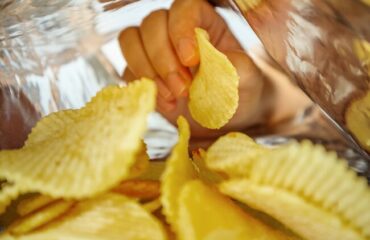 Why You Eat When You’re Not Hungry?